Pier Franco Marcenaro led a major Italian delegation to the First Conference for the Unity of Man, held in New Delhi in 1974.
Then, from 1978 onwards, various countries in the world hosted his significant conferences: everywhere his speeches were received with great favor and interest by an attentive and interested audience.
Often the structures used reached their maximum capacity and so additional dates had to be added to his already busy schedule in order to satisfy the large numbers of people wanting to listen to him.
Below is a summary of the main international missions of Pier Franco Marcenaro in Europe, Africa, Asia, and America starting with the most recent ones.

For an exhaustive list of his speeches worldwide, you can go to the Events section >>

The Master of Spirituality and life Pier Franco Marcenaro traveled to India, the land of his Master Kirpal Singh, in November, at the invitation of a group of the historic town of Kurukshetra, in the state of Haryana.
In the afternoon of 16 November he gave a speech in the Kirpal Kunj hall and on the following morning he imparted the instructions for Universal Meditation to a group of local seekers.
He then visited Kurukshetra, the site of the epic deeds described in the “Mahabharata”, the longest book ever written in the history of humankind. It describes the great conflict that is believed to have put an end to the Bronze Age, or “Dvapara Yuga”, and started the current Iron Age, or “Kali Yuga”.

In 2009 Pier Franco Marcenaro held two Conferences in Germany: on 17 October at Nuremberg and on 24 October at Fürth.
The success with the German audience permitted the local branch of Man Center to organize a Course of study on the topics discussed.

In the months of May and June 2007 Pier Franco Marcenaro again visited Moldova and Russia, where his message of spiritual rebirth and peace and brotherhood among peoples met with great success.
From his arrival in Chisinău, Moldova's capital that he had already visited in 2001, Pier Franco Marcenaro held meetings and gave speeches every evening in the House of Culture, with large groups of people in attendance.
On Saturday 19 May 2007 he then spoke to a vaster audience during a conference in the prestigious Organ Hall.
Having left for Moscow, where he personally visited the local Man Center branch for the first time, on the afternoon of Saturday 27 May he held a large conference in the Semionovski Hall of the Russian Capital. On the following days he then held more meetings and gave further talks, readily answering the questions of the many attendees point by point.
On 30 May, accompanied to the airport by many people, he took a flight to Saint Petersburg, the old winter residence of the Czars situated on the Baltic Sea, where on the afternoon of Saturday 3 June he spoke to an attentive audience during a conference at the Baltic Countries Conference Center. Every evening then until the afternoon of 6 June 2007 Pier Franco Marcenaro held further meetings, talks and interviews before many people.
The presence of Pier Franco Marcenaro left an indelible sign on those who met him and received his words.

Pier Franco Marcenaro's visit to Colombia took place in the month of February 2007, yielding unexpected fruits.
In Bogotà the President of Man Center held his first conference on the afternoon of Saturday 3 February in the vast, modern Auditorium of the city's Chamber of Commerce. Public attendance here was so numerous that, having reached the full capacity of the hall (nearly 500 seats), it was decided to schedule a second meeting for Saturday 24 February in the Colonial House of the Parque Cedro Golf, which also reached full capacity.
At Santa Marta, too, where on the afternoon of Saturday 10 February Pier Franco Marcenaro held a conference at the "San Juan” Cultural Center of Magdalena University, the stream of people completely filled the hall and once again it was necessary to schedule a second conference, which was held in the same place on Saturday 17 February.
On 21 February he took another flight to Bogotà, where, as planned, he held a second conference on Saturday 24 in the Colonial House of the Parque Cedro Golf, which was also full.

In 2003 a wonderful talk of about 30 minutes by Pier Franco Marcenaro opened at Accra, Capital of Ghana (Africa), the First International Conference for Peace and Welfare organized by the Civilian Peace Service - Maranatha Christian Fellowship in the period 19 - 21 November 2003. The Conference was attended by representatives of the World Ecumenical Center (now the World Interreligious Center) for the USA and Germany, together with African religious and political leaders.

In 1978 and 1981 Pier Franco Marcenaro took part in two editions of the World Conference for the Unity of Man respectively in Barcelona and Munich.
He later went to India, to New Delhi, and to Egypt to Sharm-el-Sheikh (Sinai).
In the late '90s Pier Franco Marcenaro visited Germany twice, in 1996 (Nuremberg, Munich) and in 1999 (Erlangen, Bamberg, Munich).
In 1996 he also gave speeches in Romania (Cluj Napoca) and in the United States, where the President of Man Center spoke at Golden West College in Los Angeles (California), at Piper High School in Fort Lauderdale (Florida) and at Barry University in Miami (Florida).
In the early 2000s Pier Franco Marcenaro held conferences in Chisinău (Moldova) and again in Cluj-Napoca (Romania) and in Germany (Nuremberg, Munich). 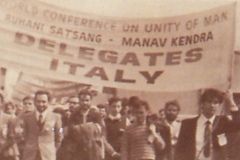 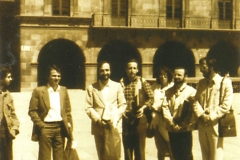 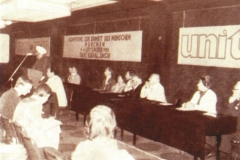 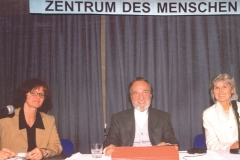 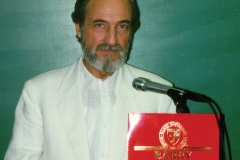 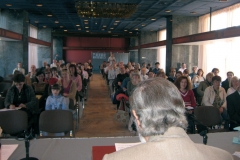 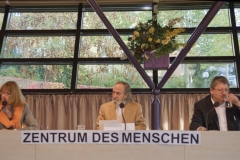 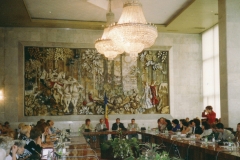 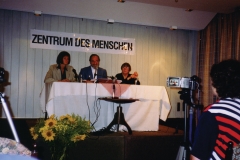 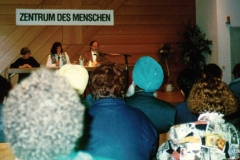 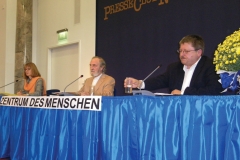 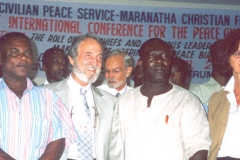 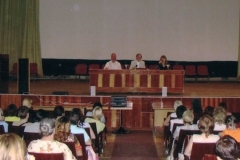 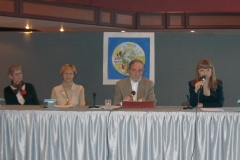 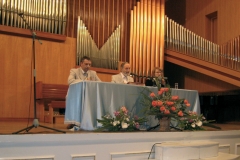